Hélène Cattet and Bruno Forzani, the co-directors behind 2009’s stunning giallo-inspired arthouse nightmare Amer and follow-up The Strange Color of Your Body’s Tears are back, and taking on the Eurocrime genre with Laissez Bronzer les Cadavres!, or, Let the Corpses Tan! As we await news of a release, BAC Films, Anonymes Films and Tobina Film have given us this new trailer, which promises plenty of bloody shootouts and sun-bleached Mediterranean locales. 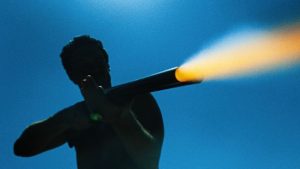