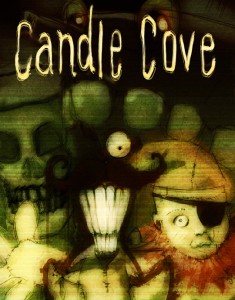 Horror anthologies are all the rage and shows like American Horror Story show that they can work well as TV series’, as well as feature films. Syfy have teamed up with Universal Cable Productions to develop Channel Zero, promising an imaginative and chilling tale of terror. The first season is to be adapted from the internet story Candle Cove from Creepypasta.com, which follows a mysterious children’s television show from the 1980s.

Syfy have collaborated with Universal already, with the miniseries Childhood’s End and Wes Craven’s The People Under The Stairs, showing their commitment to bringing horror stories to the television screen. Channel Zero has certainly peaked my interest, so hopefully it will deliver something which is equally entertaining and spooky.

Synopsis:
“Channel Zero” will feature a unique setup, with each season focusing on a new story. The first season of the horror anthology series for Syfy will be based on “Candle Cove” by Kris Straub, a story that originates from the user-generated internet horror phenomenon known as creepypasta. It tells the story of a mysterious children’s television show from the 1980s and the show’s role in a series of murders and one man’s dark secret.