HORROR GAME DARKWOOD COMING TO CONSOLES IN MAY

It was announced earlier this year that survival horror game Darkwood would be coming to the Nintendo Switch in May. But if that’s not your preferred console, never fear. The title will also be released for the PlayStation 4 and Xbox One later this month. 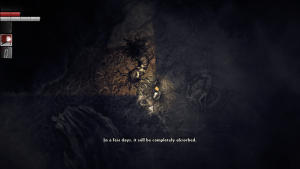 Published by Crunching Koalas and developed by Acid Wizard Studio, Darkwood is an atmospheric free-roam game set in a twisted version of mid-1980s Poland. Players are trapped in an infested forest and forced to forage, craft, and fortify to survive, viewing the world from a tense top-down perspective as hordes of terrifying monsters creep out of the shadows. The game was originally released on Steam in 2017.

Darkwood will be available for the PS4 on May 14th, Nintendo Switch on May 16th, and Xbox One on May 17th.