Supernatural Horror The Canal to Receive a UK DVD Release 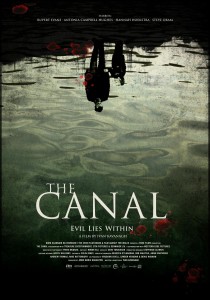 After a very limited theatrical run earlier this year, Kaleidoscope Entertainment have announced a UK DVD and VOD release for The Canal this September. Written and directed by Ivan Kavanagh, the film received critical acclaim after being shown internationally at film festivals. The story sounds chilling and reminiscent of 2013’s Sinister, following a father who discovers a murder on film.

Synopsis:
After David, a father, husband and film archivist, and his family move into a supposedly haunted canal side period house, he uncovers a terrible secret. David discovers a film reel that shows a grisly murder that happened in his house. The discovery leads into a very dark and disturbing path of madness.

Take a look at the atmospheric and chilling trailer below; the music is remarkably terrifying. Be sure to purchase The Canal on DVD or VOD when it is released on September 25th 2015.