Sundance Film Festival prides itself on its midnight line-up which vows to offer the best in challenging, but rewarding, film experiences. Previous films that have screened at this iconic time include The Blair Witch Project, Saw, Hard Candy and The Babadook. The 9 films that are screening in 2016 are as follows: 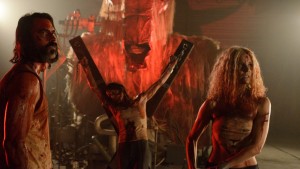 31
Rob Zombie’s clown-horror which follows five kidnapped friends as they a forced to play ‘31’; a terrifying game where they must battle for survival against a gang of clowns. The film stars Sheri Moon Zombie, Malcolm McDowell and Richard Brake.

Antibirth
A Danny Perez-directed horror that sees a stoner wake-up with the symptoms of a strange illness, including chilling visions that see her struggle to keep her grip on reality. Antibirth stars Natasha Lyonne, Chloe Sevigny and Meg Tilly.

Carnage Park
Mickey Keating’s (Pod, Darling) feature follows a group of robbers who fail at carrying out a bank heist, pushing them in to a fight with an ex-military sniper. Carnage Park stars Larry Fessenden, Ashley Bell and Pat Healy.

Outlaws and Angels
J.T Mollner’s film marks his feature debut as a director and follows a bounty hunter hot on the trail of a gang of outlaws. A game of cat and mouse ensues when they break in to a family home, however, they aren’t too innocent themselves… Outlaws and Angels stars Chad Michael Murray, Francesca Eastwood, Luke Wilson and Ben Browder.

The Greasy Strangler
This one is a comedy-horror directed by Jim Hosking (The ABCs of Death 2) which follows a father and son who unwittingly unleash the infamous Greasy Strangler when they compete for the love of a lone female tourist. The film stars Michael St Michaels and Sky Elobar, with Elijah Wood and Ant Timpson as producers.

Trash Fire
Richard Bates Jr.’s (Excision, The Suburban Gothic) latest is another satire of society and follows Owen who is finally forced to confront the past he has been running from. Adrian Grenier, Angela Trimbur and AnnaLynne McCord star.

Under The Shadow
A mother and daughter are slowly torn apart as the Iran-Iraq war continues for the eighth year. Soon a mysterious evil threatens them from within their apartment. Under The Shadow will be directed by Babak Anvari and stars Narges Rashidi and Avin Manshadi. 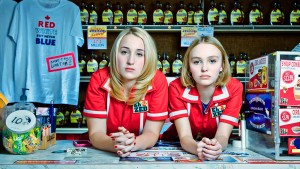 Yoga Hosers
Colleen and Collen are BFFs – because, obviously – who get invited to a party and accidentally uncover an ancient evil beneath their convenience store. The mind of Kevin Smith is behind this one and it stars Johnny Depp and his daughter Lily-Rose Depp, plus Harley Quinn Smith and Justin Long.

Keep a look out for the list of short films that will be joining this line up, because the above is just a taste of what’s to come at Midnight. And a great taste it is.

The Sundance Film Festival will be taking place between 21st-31st January 2016 in the USA.