Submerge Yourself in New Images from The Shape of Water

Four new images have been released from Guillermo del Toro’s next original feature The Shape of Water and they tease the thoughts that plague the mind of the leading lady.

Played by Sally Hawkins, The Shape of Water looks like another complex, character-driven story with plenty of that del Toro monstrous-fairytale charm we’ve come to know and love. It’s impossible not to be excited about the latest endeavour from such a prolific film-maker.

Synopsis:
In the hidden high-security government laboratory where she works, lonely Elisa (Sally Hawkins) is trapped in a life of silence and isolation. Elisa’s life is changed forever when she and co-worker Zelda (Octavia Spencer) discover a secret classified experiment.

Check out the images below and be sure to check out The Shape of Water when it is released on 8th December 2017. The film additionally stars Michael Shannon, Richard Jenkins, Michael Stuhlbarg and Doug Jones. 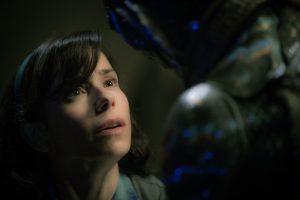 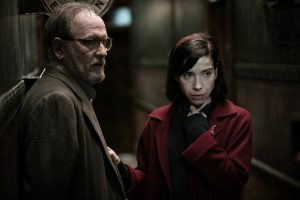 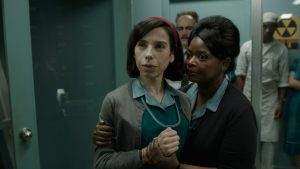 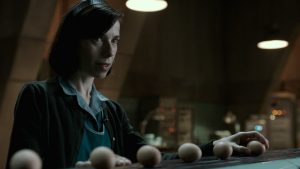