A striking new shot has been released on Twitter from Nicolas Winding Refn’s The Neon Demon and it’s as stylish and bold as you would expect. The image features aspiring model Jesse (Elle Fanning) as she stands against an electric blue and black background. 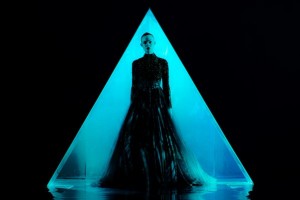 Hopefully the film will be able to match its style with substance, because there’s nothing worse than a gorgeous horror film with very little depth. Nonetheless, The Neon Demon’s concern with fashion, celebrity and fame should give audiences plenty to get their teeth into if they’re after more than just horror. Composer Cliff Martinez has said, “We describe the first half as a melodrama like Valley of the Dolls, and the second half is like Texas Chain Saw Massacre. [..] Horror is the genre that it’s closest to”. So, it looks like it’s going to be a great mix of dramatic and terrifying elements; the perfect recipe for a thought-provoking horror with a unique identity.