The Strain to Wrap Up with a Fourth and Final Season

The Strain has been renewed for a fourth and final season which is likely to air in 2017. Do not be sad, because at least the show is not ending due to a cancellation like many horror TV series’. As the show has planned for its final season, it should be able to wrap-up nice and neatly and end on a finale that viewers can be happy with. 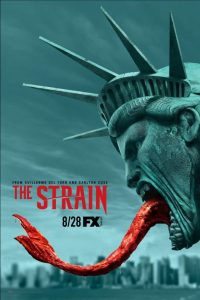 One of the show’s executive producers Calton Cuse spoke about the imminent end and said:
“Our original plan was for the series to last three years. Once we began telling that story it expanded to be more. After finishing the writing on Season 3, Guillermo [del Toro], Chuck [Hogan] and I looked at our remaining story and felt the best version could be told in one more season. We have a fantastic plan for an exciting and climatic Season 4.”

An exciting and climatic season sounds like the perfect finish, so if the show can go out with a bang and on a high, at least we can rest assured that we were given the very best and more than what was originally planned.