The Strain Season 3 Posters Take on the Statue of Liberty

The Strain will be returning to our screens later this month and much like the season’s Lady Liberty promo video, it shows a preoccupation with the Statue of Liberty. New York is turning into quite the battleground and she’s not impressed.

The end of Season 2 had a poignant and quietly terrifying monologue from Professor Setrakian who pondered, “Why do I feel more trepidation than triumph? Will we perish in greed and selfishness, or overcome and survive. We have one last chance to win back our world. To defeat The Master, we must be as cold and savage as he is… without becoming monsters ourselves.” Will the humans learn to be less monstrous or will they turn as savage as the monsters they are yearning to destroy?

Synopsis:
The transformation has begun.

It can no longer be denied — New York City is rapidly falling to an evil epidemic, and no one is coming to its rescue. Its citizens must fight or die.

Dr. Ephraim Goodweather and his unlikely allies tried to take down the embodiment of this evil — the Master — and failed. Now Eph and Dr. Nora Martinez concentrate on creating a biological weapon to wipe out the creatures, while Abraham Setrakian searches for an ancient book he hopes will reveal the strigoi’s entire history…and possibly a way to kill them. Meanwhile, the Master is out for revenge, unleashing new and even more terrifying breeds of bloodthirsty creatures. They need to find a way to defeat him before the infection spreads too far and becomes irreparable…before they become monsters themselves.

Check out the various posters below and be sure to tune into The Strain when it returns for a third season on 28th August on FX. 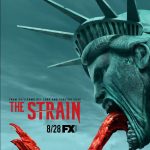 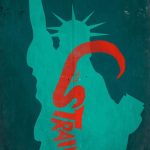 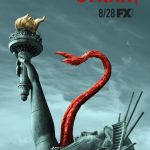