Love it or hate it, there’s nothing you can do to stop the incredible never-ending paranormal horror franchise that is Paranormal Activity. If you didn’t know, there is another film, Paranormal Activity: Ghost Dimension, which is set to be released in October later this year and we’ve now got some official stills and the plot.

Jason Blum revealed some details to USA Today in which he said the film will be directed by Gregory Plotkin, and it will answer all the questions never responded to in the previous five films. Apparently Ghost Dimension will be the last film in the series and we’ll finally be introduced to the infamous invisible Toby the Demon – hopefully he’s friendly. 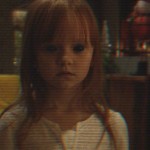 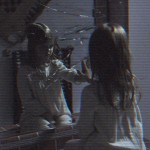 Blumhouse, the production company from Jason Blum, will be going all out for the last installment and are taking the found footage genre in a different direction by using an even bigger budget and including 3D. We’re not sure how well 3D found footage film would work, but there’s only one way to find out. 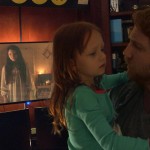 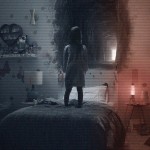 Paranormal Activity: Ghost Dimension will be released in theatres on October 23rd 2015.

Synopsis:
Another unsuspecting and loving family, the Fleeges, move into a new house to start their new life, but everything takes a supernatural turn when they discover a second hand video camera and a box full of suspicious home made tapes. Father Ryan (Chris J. Murray), mother Emily (Brit Shaw) and young daughter Leila (Ivy George) obviously decide to use the video camera, but as they look through the lens they can actually see the demonic activity occurring around them and there’s some familiar faces.