Steven Soderbergh’s 2011 pandemic thriller Contagion gained new prominence this year in light of the eerily similar COVID-19 crisis. As such, it’s unsurprising to hear that Soderbergh is working on a sort-of sequel. 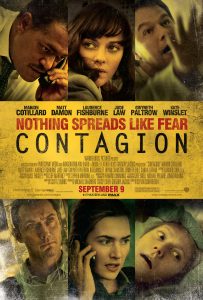 “I’ve got a project in development that Scott Burns [writer of the original film] is working with me on, that’s a kind of philosophical sequel to Contagion, but in a different context,” the director told the Happy Sad Confused podcast recently. “You’ll look at the two of them as kind of paired, but they have very different hair colours. So, Scott and I were talking about, ‘So, what’s the next iteration of a Contagion-type story?’ So we have been working on that. We should probably hot-foot it a little bit.”