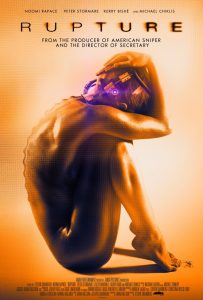 Following the success of ‘Secretary’ and ‘Fur: An Imaginary Portrait of Diane Arbus,’ writer/director Steven Shainberg makes his long-awaited return (all of a decade to be exact) with the sci-fi abduction chiller Rupture.

Heading up a top notch ensemble cast is Noomi Rapace who plays a single mother finding herself forced to take all measures necessary in an attempt to break free from a strange organisation after she is violently abducted and subjected to all manner of unthinkable, fear-inducing underground experiments.

With the film now available on DIRECTV CINEMA before hitting theatres this April 28, SCREAM caught up with Shainberg as he explains how the film evolved from an original alien found-footage premise and how embracing his own fears of fatherhood played an important role in shaping part of the premise…

SCREAM: First of all, why the 10 year hiatus since your previous film Fur: An Imaginary Portrait of Diane Arbus, and what was it about Rupture that felt like the best next step for you as a director?

Steven Shainberg: After Fur, I had two daughters and I made the decision that I was going to spend the first five years of their lives with them and form a bond with them and take care of them. Subsequent to that, I was trying to make a movie called The Big Shoe that Andrew Lazar, the Producer of Rupture, was also trying to produce. We came close to getting it financed three times, but after it fell apart the third time, I couldn’t take it any more and decided I needed to go and make something quickly that I knew I could get made and that turned out to be this film. So it was a decade of love with my daughters and trying to get that one movie made that just about sunk me as I was so involved with it. And, yet again, we are trying to get it made now.

SCREAM: Motherhood is a key theme you tackle in Rupture. Would you say the five years you took off to bond with your children played a big part in that?

I think this is a movie about the relationship between fear and change. Certainly from my experience, leaving life without children was pretty terrifying. I’m glad I did it but it was definitely challenging. So I would say I was certainly thinking a lot about the things that I was scared of and the things that terrify us and the way in which we try and embrace that and allow that fear to not shape us entirely.

SCREAM: Having said that, is it true that the initial pitch was an alien found footage premise that evolved into what the film is now? 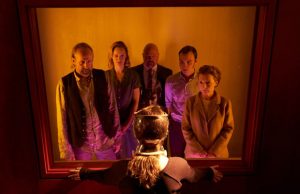 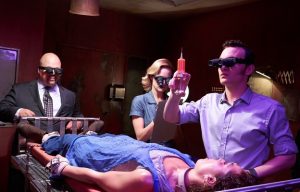 I’ve always liked abduction movies like Hiroshi Teshigahara’s film Woman in the Dunes or the Stephen King adaptation of Misery. But when I went to see the very first Paranormal Activity film, the thing that interested me was that shot of the camera put down on the bedroom bureau with the people going to sleep and the camera was just left there turned on. There was something about that that I found really intriguing and as I came out of the theatre I started thinking, “Hey, there are all these people who claim they’ve been abducted by aliens. What if there was actual footage of that?” That was just the first original thought and then I went down a long path of trying to see this film as a found footage movie but the thing about that is that it entirely handcuffs your shooting style and all the rest of it and that didn’t really interest me. I wanted to make a more beautiful movie than that.

SCREAM: In the film Noomi Rapace plays a single mother who is deemed “prime for rupture.” Was it always your intention to have a single mother or did you have other people in mind in different “life changing” situations?

The basic form of the movie is a woman in jeopardy so that was, to some extent, kind of a given for me. And then the point of her single motherhood was really that she had recently been divorced and her family life had fallen apart. And we see at the beginning she is ripe for change and she’s talking to her friend about going skydiving. A person who’s willing to go up and jump out of a plane is a person who wants to have a wrenching, unusual experience that makes them feel different about their life once they land on the ground. So, from the film’s point of view, but also from the abductors’ point of view, it made her available to the change because you have to be somewhat destabilised to be ready to make a change. You have to be in a certain kind of uncertainty in order for that to happen.

SCREAM: Given the claustrophobic location and the film’s elusiveness, that must have added quite a challenge, particularly in terms of pacing?

Just for the record, that’s not a location but actually a set. It was all on a stage and all designed very specifically and carefully. In answer to your question, just from a formal point of view, one of the challenges and exciting things for me is that Noomi goes to a place where she doesn’t know anything and one of the things I was curious about was how much information I could give the audience and for how long could I hold them there. We did shoot alternate takes at some key points at which more information would be given to you but most of those times I didn’t use those takes and I didn’t let the characters tell you too much because I think that makes it really unmeriting to watch.

SCREAM: You have a great ensemble cast on board, with Noomi the first choice. How did the cast fall into place? 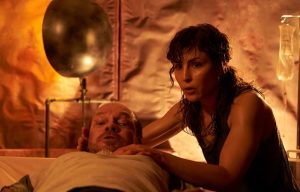 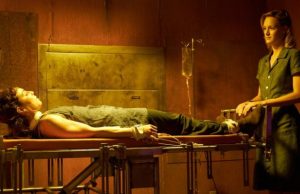 Well, the requirement for Noomi’s character is pretty serious which is you have to believe that the actor playing this could do the things that Noomi’s character does. You have to believe that she has the inner strengths and the outer strengths – the actual physical strength – to get through it and that she doesn’t lose her mind too early. The classic horror trope is a frail, blonde, pale-skinned person and I wanted to do the exact opposite of that. I wanted to look at someone who had the capacity to actually fight this thing. And the second requirement is that you need someone who conveys real intelligence because they have got to figure out a lot of stuff and if you, as an audience, don’t feel she’s smart enough to figure that out, you won’t believe any of it. So those were the two major requirements and that did not leave a very long list of actresses. (laughs)

And as far as the supporting characters go, one of the advantages of low budget film-making is that you can’t afford big stars in supporting parts. So, as a Director, you actually have an open-ended situation, which is fantastic. That allows you to cast really interesting people who are doing a kind of film that they might not necessarily have done in the past. It just opens up the possibilities. Just for example, with actors like Kerry Bishé and Peter Stormare and Lesley Manville, you’re not going to have a lot of opportunities to cast those people in supporting parts because of studios and schedules and the like.

SCREAM: Can you see a sequel to Rupture happening any time soon?

Well, if film financier wants to make Rupture 2, I’ll do it. And then, aside from that, the film I mentioned that had its claws in me before we made Rupture has still got its claws in me and Andrew Lazar and I are trying to make it now. The Line-Producer from Moonlight, Veronica Nickel, is working on the budget for us as we speak and if the numbers come in and somebody pays for that movie, I would be extremely excited and grateful.

Rupture is available in the UK now on DVD and in the U.S. on DIRECTV CINEMA  before its theatrical release this coming April 28th.