Stephen King’s The Talisman Is Getting Its Own Feature Film

Stephen King adaptations can be amazingly good or amazingly not good, but are we giddily excited about each and every one that comes our way? You know it! And the latest King novel to get its own feature film is the author’s first collaboration with Peter Straub, The Talisman. 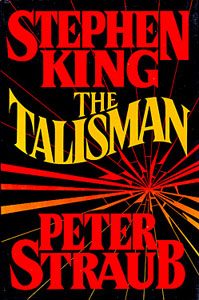 First published in 1984, The Talisman follows twelve-year-old Jack Sawyer’s terrifying and fantastical quest to save his mother’s life. Moving between his own world and a menacing parallel universe known as the Territories, he meets the “Twinners,” reflections of people in his world, while hunting for the mystical Talisman that can save his dying mother. But he’s not the only one looking for it.

Mike Barker (The Handmaid’s Tale) is helming the film, which will be adapted by screenwriter Chris Sparling (Buried). Michael Wright, the former Amblin CEO, will executive produce, with Frank Marshall serving as a producer on behalf of the Kennedy/Marshall Company.

The project is still in the early stages, so The Talisman won’t hit our screens anytime soon. In the meantime, we’ve got Doctor Sleep, IT: Chapter Two, and the Pet Sematary remake coming our way this year to satiate our hunger for King content.