Stephen King’s The Mist to get the TV Treatment 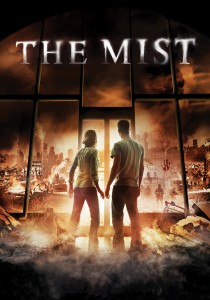 It was at the end of last year when it was announced that Stephen King’s The Mist would be getting a TV adaptation and we can now confirm that the series will air on Spike. Christian Torpe (Rita) is set to adapt the show and he is also now an executive producer.

The Mist film from 2007 is a great example of a novella to screen adaptation working well. It’s a brilliantly claustrophobic supernatural tale that has one hell of an emotional punch at the end. Not only that, but it’s a film full of depth that is equally about questioning humanity as it is about the horror and gore.

The Mist has a lot of potential for working on television and we can’t wait to spend more time in the horrifying and monster-dominated Mist. Rather then centring on one location, the show could explore other parts of the town or country, to see how The Mist is impacting others. If the show can maintain the balance between the horrors and the humanity, then we could be in for a show that could rival The Walking Dead. The mind boggles.

Keep your eyes peeled for more.