If you ever wondered what a life without women would be like – spoiler alert, it’d be short – then you may be interested to know that acclaimed horror author, Stephen King, and his son, Owen King, are currently working on a novel that explores just that. 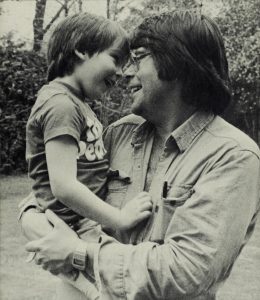 Titled Sleeping Beauties, the novel will be set in the near future where all women fall asleep and go to another place. If they are awakened they become feral and violent, which is obviously no good. With the men of the world abandoned, they discover that a woman named Evie is immune from the endless sleep; but why?

With the recent International Women’s Day causing a stir, this novel announcement has come at the perfect time. It’s impossible to not be excited for a new Stephen King novel – and its imminent film adaptation. Carrie, It, The Shining and Pet Sematary are some of the greatest horror stories ever written.

Sleeping Beauties is set to be with us on 27th September 2017.