“The dark saga of a family of incestuous lunatics lording over the remains of a looming, formerly opulent and now dilapidated Hollywood hotel.” That’s the setup of Ravenwolf Towers, the upcoming series from cult studio Full Moon, which debuts on their streaming channel in December. As a taster, we’ve got a set of stills for you right here. 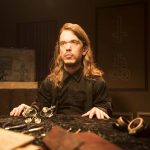 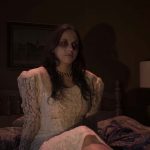 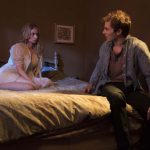 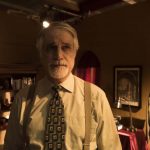 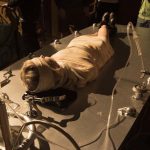 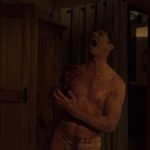 The seven-part series – each episode of which will be released on the night of a full moon – is produced and directed by Full Moon founder Charles Band, who describes the series as a “love letter to Full Moon fans past and present.” It is the second such episodic endeavour (following 2014’s Trophy Heads) for the studio, which is best known for birthing cult delights Puppet Master, Trancers, Dollman and Demonic Toys, characters from which we may just see cropping up, as teased in this quote from the press release:
“…as a bonus for Full Moon film fanatics, embedded within each weird and wicked episode of the series, Band has found novel ways to re-introduce some of Full Moon’s most famous and feared characters and creatures into the narrative.”

The official synopsis reads:
The legendary Ravenwolf Towers, once home to Hollywood’s elite, has fallen on hard times. Now a recently hired Assistant Manager is discovering that its dark corridors and locked rooms conceal terrifying secrets: guests who disappear without a trace, Mad Doctors, Degenerate Monstrosities, Inbred Horrors, and an alluringly beautiful woman who may be a damsel in distress…or the most terrifying resident of the Ravenwolf Towers.