The writer-directors behind last year’s fantastic horror film Starry Eyes have been attached to re-write the script for Exorcism Diaries. The duo, Dennis Widmyer and Kevin Kolsch, will rewrite the script for the film which is based on the true story behind The Exorcist. 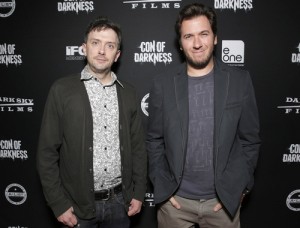 Synopsis:
Based on true story that inspired the 1970s horror classic The Exorcist, Diaries tells of a young woman, fresh out of rehab and looking to make amends, who discovers her family’s horrifying connection to the most famous exorcism of all time may be the cause behind her brother’s increasingly violent behaviour.

A strong couple of writers in Mike Flanagan and Jeff Howard – the director and writers behind last year’s Oculus – have written the original draft. If some of the recent possession films are anything to go by, it’s correct in saying they are pretty terrible. The horror world definitely deserves an above average exorcism tale and perhaps this could be it.