Stan Against Evil is Renewed for a Second Season 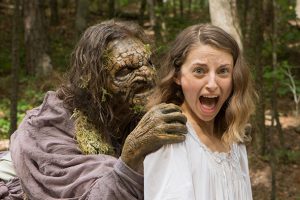 IFC’s comedy-horror series Stan Against Evil received some exciting buzz prior to its release in October, but all has since gone a bit quiet. Don’t let the silence fool you, because fans of Stan Against Evil will be pleased to learn that the series has been renewed for a second season.

The show is a comedic and bloody blend of Ash vs Evil Dead and An American Werewolf in London with a light-hearted tone, but plenty of horror goodness. It follows Stanley Miller, a loveable asshole played by Scrubs and Office Space’s John C. McGinley, as he defends 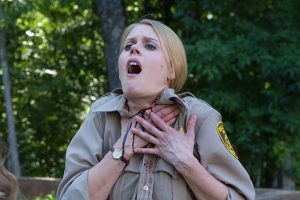 his town against a plague of demons. This is all kicks off after he loses his sheriff badge when an angry outburst at his wife’s funeral pushes him over the edge. Battling demons sounds like the perfect way for him to help restore the town’s faith in his abilities as an officer of the law, don’t you think?

Season 1 ended on quite the cliffhanger, so we’re pretty relieved to see that the show is getting another season. Hopefully it should arrive in 2017.