St. Vincent to Direct Female-Led The Picture of Dorian Gray 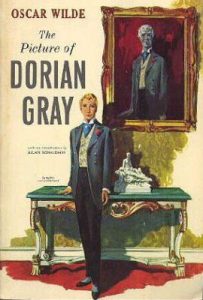 St. Vincent AKA Annie Clark plans to direct an adaptation of Oliver Wilde’s acclaimed novel The Picture of Dorian Gray, but with a woman in the lead role. Debbie Gray, maybe?

The re-imagining of the story will be for Lionsgate and will come from a script written by David Birke, who wrote Paul Verhoeven’s brilliant thriller Elle and the twisted horror 13 Sins. He has also co-written the story for Sylvain White’s upcoming supernatural horror Slender Man.

St. Vincent most recently directed the excellent Birthday Party segment from the anthology horror XX, where all the shorts were directed by women. It’s well worth a watch and a great example of an anthology where each segment is entirely different from the last, but equally as impressive.