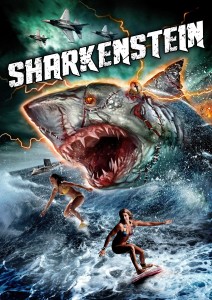 The trend for deliberately shoddy CGI sharkfests shows no sign of slowing, with an apparent game of one-upmanship leading to evermore outlandish ways of bringing the toothy buggers to screen. The latest subaquatic menace to emerge is one made from parts of various other undersea killing machines in a film entitled – what else? – Sharkenstein. Ahead of the film’s summer release comes this bonkers trailer, which shows the titular monster in action and – no way! – it’s brought to life (in part at least) with practical creature effects and stop motion, instead of weightless, soulless CG. It too looks shoddy, but shoddy in all the right ways.

Brought to you by Wild Eye Releasing, Sharkenstein is produced and directed by straight-to-video horror maestro Mark Polonia, whose films include Feeders, Bigfoot Vs. Zombies and 1987 shot-on-video cult fave Splatter Farm. The film is written by Polonia’s longtime collaborator (and Splatter Farm producer) J.K. Farlew. 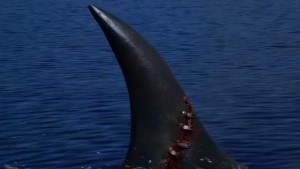 Synopsis:
In the final days of World War II, a secret experiment to weaponize sharks is shut down and destroyed by the Third Reich. But now, 60 years later, a small ocean town is plagued by a bloodthirsty, mysterious creature, one built and reanimated using parts of the greatest killers to ever inhabit the sea – the Sharkenstein monster!

Sharkenstein is due to hit DVD/VOD in August.