Spine-Tingling Clip from The Blackcoat’s Daughter

A short clip has been released from The Blackcoat’s Daughter and it’s pretty freaky. The scene shows Joan (Emma Roberts) walking down a dark corridor before noticing a woman carrying out a rather aggressive form of worship. The scene is extremely tense and builds to a perfectly bewildering climax that should leave you eager to discover what’s happening.

Synopsis:
Two girls must battle a mysterious evil force when they get left behind at their boarding school over winter break.

I wasn’t a huge fan of The Blackcooat’s Daughter, but I did appreciate its overall air of mystery. The slow unravelling of the film’s truth is not entirely faultless and I would argue that its dark mysteries are a little too easy to unwind.

You can check out a host of images from the film below too, which show the icy atmosphere and the chilly setting for the film’s twisted events. 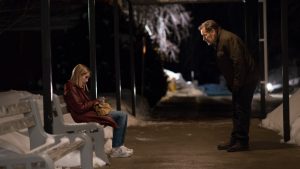 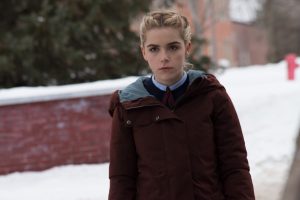 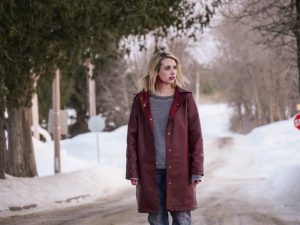 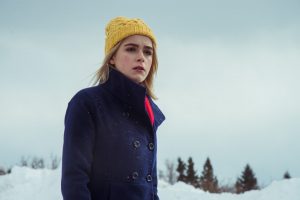 The Blackcoat’s Daughter comes from writer-director Oz Perkins (I Am the Pretty Little Thing That Lives in the House) and additionally stars Lucy Boynton, Kiernan Shipka, Lauren Holly and James Remar.

A24 and DirecTV will release THE BLACKCOAT’S DAUGHTER in theaters and On Demand March 31.