SpectreVision’s The Boy will be Released by Scream Factory

There are a ton of killer children in the horror world, but there is a new kid on the block in SpectreVision’s The Boy and he looks remarkably chilling. The Boy has landed a release from Scream Factory this March, so it won’t be long until you can take him home and give yourself a horrifying treat.

The Boy comes from SpectreVision, which is Elijah Woods’ company that has already brought the infectiously fun Cooties and hauntingly beautiful A Girl Walks Home Alone at Night to our screens. The company aims to promote unique and genre-defying films and, so far, it’s doing just that. 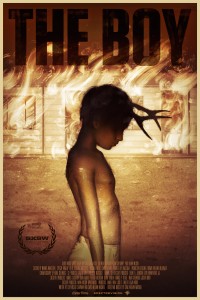 Synopsis:
In the summer of 1989, nine-year old Ten Henley and his father are the proprietors of the Mt. Vista Motel, a crumbling resort buried in the mountains of the American West. Since Ted’s mother left, John has drifted into despondency-leaving Ted to fend for himself. In this isolation, unchecked by the bounds of parenting, Ted’s darker impulses begin to manifest. The arrival of a mysterious drifter, William Colby captivates young Ted and the two form a unique friendship-setting the stage for Ted’s final, unnerving metamorphosis.

Have a gander at the trailer for The Boy below and lose yourself in its mesmerising and quietly creepy atmosphere. The film will be available on DVD and Blu-ray on 1st March 2016.