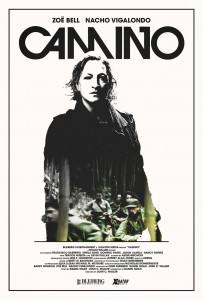 One of the founding members of the SpectreVision brand, Josh C. Waller, is back in the director’s chair, reuniting himself with Raze star, Zoe Bell for a primal persecution through the Colombian jungle in Camino.

Bell stars as war photographer Avery Taggert who finds herself flung into a desperate fight for her life when she accepts to head off to the jungles of Columbia to shadow a squad of missionaries lead by a “beloved and charismatic” Spaniard known as “El Guero” (Nacho Vigalondo). When Avery catches El Guero’s heinous crimes on camera, she finds herself fleeing into the harsh jungle to escape from this band of missionaries twisted into violent guerrillas.

With Camino in theatres now and hitting VOD and iTunes this March 8th, SCREAM caught up with Waller to talk all about the movie and what the future holds for SpectreVision…

SCREAM: Can you tell me where the idea behind Camino came from and how you work with Daniel Noah in terms of writing the script?

Josh C. Waller: The idea came when we were down In Columbia shooting The Boy. We were having to deal with a lot of large production elements like building a motel from the ground up and then burning it to the ground; all this kind of random stuff, and it was supposed to be doubling for Colorado. So, while I was down there I just thought that there had to be some way to fully utilise this landscape more.

I’ve always wanted to do one of those films where someone’s being chased through the jungle; something very primal. Our friend, Mike Vogel, who we had worked with before on The Mechanic, was down there with us when we were working on The Boy and I kind of just came up with this idea for Mike to play this journalist character, Avery Taggert.

It just stayed an idea but then in late 2014 we were doing a production for SpectreVision with Jorge Michel Grau and that ended up being pushed so it left a bit of a gap in the schedule. I didn’t really feel comfortable, as a producer, putting any SpectreVision directors in the position of, “Hey! I know we were going to shoot your film in April, but what do you say we shoot it in the month!” I just didn’t want to say that to anyone as I didn’t think it was fair. So the only person I felt comfortable putting in that compromised position was, you know, myself [laughs]. But, note to self: I will never do that again.

SCREAM: Really? Why do you say that?

JOSH: Look, I’m EXTREMELY proud of the film, but it was very, very tough to do the prep. The pre-production was four weeks and it was during December through January 3rd so it was during the holidays, so it was really more like two and a half weeks of prep. When Dan and I were trying to figure out what we were going to put in that production slot it was just like, “What do we have that we can do on a budget, that we know we can get green-lit quickly, that we know we can call actors we know to fill the roles?” Blah, blah, blah, blah, blah… And Camino ended up being that one. At that point it was only an idea so we fleshed it out over the course of a few hours on a Friday afternoon and then Dan wrote it on the Saturday and Sunday, we did another pass on Monday night, and then we sold it AFM on the Wednesday after. Everything about the project was condensed, you know? And maybe that’s a good thing. Who fucking knows? [laughs]

SCREAM: Apart from it being so condensed, I think you had to split the shoot into two as Zoe Bell got called in to shoot Hateful Eight in the midst of you shooting, no? 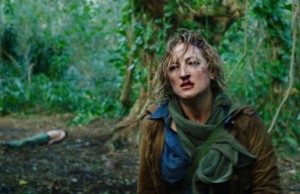 JOSH: Yeah. The rush was because I told Dan it might be more interesting if the lead was a female and if it was Zoe. He was like, “Oh, Okay! I see where you’re going with this.” So I literally called Mike and said, “ Sorry bro. I love you! Don’t worry, we’ll write something else!” And Zoe jumped on the idea but she was shooting Hateful Eight in mid-February so we just needed to hit that window and make sure we were done with our three week shoot way before mid-February. We decided to shoot straight after the Christmas holidays, on the 3rd of January, thinking there was no way that they would call her in early, and then, three days into shooting, she got a call saying they needed her tomorrow.

I persuaded them to let us keep her for the week and then we tried to utilise those additional four days without her as much as we possibly could, but how much can you do when your movie revolves around that one person being chased?

SCREAM: Apart from Zoe, you’ve got Nacho Vigalondo as the villain. He says he was kind of intimidated by the idea of playing this character, but you told him to pretty much be himself.

JOSH: Nacho is one of the most charismatic people I’ve ever met. He’s one of the most loving and the most generous people, and he is just so funny. He’s completely off the wall. He’s also a genius so it was a question of who we could get to play this charismatic leader, in the same way that I always refer to Hans Gruber in Die Hard. I mean, Die Hard is definitely not a comedy but there are a lot of laughs in there and a lot of those are because of Alan Rickman, you know? And that was because he created this fully-dimensional villain. What made him such a great villain was because he was so charming. So for Nacho, it was just a case of writing it as if it were just Nacho, except that all of his words had ulterior motives. Like, what it Nacho actually wanted to take over the world?

SCREAM: And what was it like directing a director in the case of Nacho?

JOSH: Oh, he’s so unassuming. Nacho is without ego so he always is coming from a place of love. That’s kind of our thing; we only want to work with our friends and, hopefully, over the course of time we can just expand our community so that some of our friends just happen to be giant A-list actors. In this particular case it was just like Nacho coming out to play with his friends. But it was nice to have someone there who was a friend and a gifted film-maker to kind of lean on when maybe I was having troubles.

SCREAM: You directed Raze, and now Camino, and they aren’t under the SpectreVision banner. Why is it that you chose not to produce them under your own brand?

JOSH: Mmmm. Good question. The answer to that is that, at the time when we did Raze it wasn’t a project that was instigated from me; I was approached by some friends that were producing and it was then a short film that I read and thought had potential, but it was basically about big-titted, half-naked women beating the shit out of each other. I didn’t really have any interest in making that film so I said we could take it seriously and those producers understood what I was talking about the moment I mentioned bringing Zoe on. So, because it was brought to me as a director and a producer separate from the company, it didn’t make sense to release it under SpectreVision. 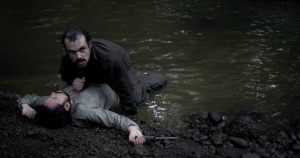 With Camino there’s also the fact that Dan and Elijah and I, when we started the company, we made a little bit of pact that for the first few years we didn’t want anyone to be under the impression that we were starting the company as any type of vanity project. We didn’t want to fuel films that I would direct, that Daniel would write or that Elijah would act in. And we didn’t want other film-makers to think that they were competing for the same money with their own producers.

That has changed a bit, obviously. Elijah starred in Cooties and I’m going to be directing some stuff for the company, because no one could ever accuse us of being a vanity project now. But for Camino it was kind of the same thing: the risk factor. Because of the compressed timeline involved it was riskier and I didn’t want to have that risk fall under the brand of SpectreVision because the brand of the company is more important than us as individuals.

SCREAM: To wrap up then, can you tell us what’s on the SpectreVision roster? I’ve seen a couple of projects announced: It Was Cruel and also Harrow.

JOSH: Yeah. It Was Cruel is based off of a short story I wrote years ago. That one’s going to be a tough one to get made because the subject matter is so severe and dark.

But Greasy Strangler is running its course right now and we’re gonna have that at South By in a week’s time. We’re just kind of focusing on Greasy right now but the company itself is venturing into television. We just did a deal with Ubisoft so we’re the creators of some virtual reality content that’s coming out.

Until the time that the company is stinking rich there are no projects that take priority over each other; they’re all our babies and we love all our babies equally [laughs].

SCREAM: That’s a beautiful note to end on Josh. Thanks so much for talking to us today.

JOSH: Thanks, brother. Appreciate it.

Camino is in theatres now and hits VOD and iTunes on March 8th. We’ll leave you with the trailer…