Spanish Director Sergio Morcillo to Follow Through with Gotas (Droplets)

Following the festival fury Sergio Morcillo’s previous short film You’re Gonna Die Tonight experienced on the international circuit over the past year, the Spanish director is now prepping his follow up, Gotas (Droplets in English).

With his latest project, the Madrid-based helmer promises a fresh spin on the psychological thriller, using colours and lights to provoke strong sensations and feelings. Written by Santiago Taboada, Gotas relates the tale of a young girl, Marta, whose parents died two years ago. Home alone one night, she discovers the truth behind the pain that has been tormenting her for so long. 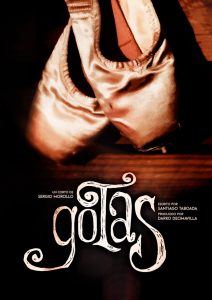 Morcillo attests that the terror audience will experience in the short is universal: coming-of-age and its consequences. “At the end of the day, we’ve all been there and I believe this will create a strong bond between the audience and the protagonist.” The helmer went on to suggest he is not that different to the character of Marta: “For many years, I was afraid of myself and unable to confront a world that had been so cruel to me. I was withdrawn and shy until I reached adolescence and it’s for that reason that I feel this is such a personal project for me. At last, this project will give me the chance to emote those kinds of feelings through images.”

Right now, Morcillo is running a crowdfunding campaign on Verkami here where all contributions are more than appreciated. Should the target be reached, shooting is expected to begin in July followed by a preview screening towards the end of September/early October before it is unleashed on the international festival circuit.