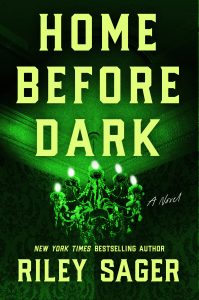 Shawn Levy’s 21 Laps production company is set to produce the planned feature film adaptation of the book, which sees a woman returning home to the Victorian estate that was the subject of her father’s popular nonfiction horror book. But was her father telling the truth about the house being haunted, or are their more earthbound—and sinister—forces at play?

The novel will hit shelves on June 30th. More news on the adaptation as we hear it.