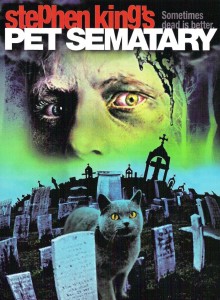 Whether a remake of the 1989 film or a fresh adaptation, an onscreen return to Stephen King’s Pet Sematary has been rumoured for years now. Last year brought news that things were finally moving along with the project, which now has Juan Carlos Fresnadillo (28 Weeks Later, Intruders) attached to direct. It’s easy to feel that this is no bad idea, as well. Mary Lambert’s 1989 film, while not devoid of gut-punch nastiness and memorable imagery, never quite came together as a whole, failing to capture the raw emotional horror of King’s 1983 novel (one he shelved for years, believing he’d finally gone too far). Then there’s the 1992 ‘sequel’, which has Edward Furlong and a seriously good soundtrack, but little else to recommend it.

Fresnadillo wrote the script for the new vision along with Jeff Buhler (The Midnight Meat Train), who talked to Dread Central about where they are with the project, revealing that the casting process is underway.

“They are currently out to cast, and they are going for some bigger names, so it’s taking some time,” Buhler told the site.

“The characters in this script make some tragic decisions, and the horror is about the ramifications of those decisions. There are still the supernatural aspects of the book, with the pet cemetery and the burial ground from which things come back from the dead, but the real horror is, ‘What do these things do to the family? What does it do to a person to see their child killed, but then to know that they can bring them back? How do you tussle with that idea? And if and when you make that choice, what does that do to you? Will that child be the same? How can life ever return to normal?’” 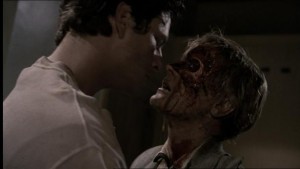 “This is pretty far from the 1980s film, which I adore for certain things that are very intrinsic to that time period in terms of the genre, like a truck driver smoking a joint to a Ramones song,” Buhler continued. “But when a little kid comes back with a scalpel and is like, ‘I want to play with you,’ it kind of becomes Chucky. With this one, we really wanted to get into the emotional aspects of it. There’s still plenty of visceral horror that’s explored, but I’ve always felt that if you lean more into the characters and into their emotional lives, when the visceral shit hits the fan, it’s ten times more scary.”

Keeping the focus on the family’s torment would certainly be the way to better capture the impact of King’s novel. Most exciting horror remake/reimagining/whatever of the moment? Quite possibly.