Someone is Watching in The Neighbor Poster 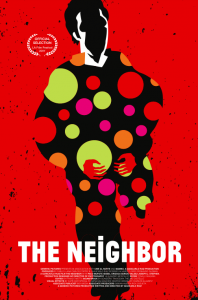 Heading to the LA Film Festival is Mexican psycho-thriller The Neighbor, which will have its world premiere as part of the Nightfall category. Before then, check out the film’s poster and a handful of stills.

The LA Film Festival takes place between June 14th and June 22nd, with The Neighbor screening on 19th.