A Snowpiercer Pilot Episode is Ordered 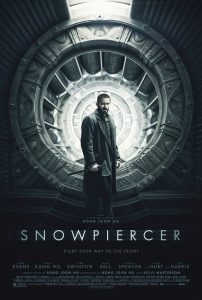 At this rate every single film is going to be made into a TV show and every TV show will be a film and every game will be a film and… You get it. TNT has ordered a Pilot episode for a Snowpiercer series, which is unsurprising because talk around a television adaptation of the feature has been doing the rounds for a while.

There is a great set of names tied to the series so far, with the pilot being co-executive produced by Marty Adlestein, Becky Clements, Joon-ho Bong, Park Chan-wook, Lee Tae-hun, and Dooho Choi. It will be written by showrunner Josh Friedman, who also has the 2 Avatar sequels tied to his name. He was also behind episodes of Terminator: The Sarah Connor Chronicles – which admittedly, wasn’t great – but, he has experience in futuristic world-building and that’s going to be important for Snowpiercer.

We’re excited about this and hope you are, too. Keep your eyes peeled for more as it comes.