Sleep Paralysis Takes Over In The Man In The Shadows 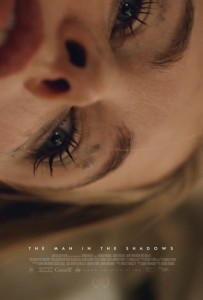 It seems that sleep paralysis is a nightmare happening to quite a few people, and it’s a real life horror situation that makes for the perfect bedtime story. The petrifying phenomena is being brought to the screen in the documentary The Nightmare, but now writer Adam Tomlinson and director Joshua Fraiman are creating a horror/thriller called The Man in the Shadows.

The strange sleeping affliction causes those who experience it to become physically paralysed, as they lie awake, although the victim feels as if they’re still sleeping. Many note that during this frozen state they have heard, felt and even seen frightening figures described only as “shadow men”.

The Man in the Shadow stars Sarah Louise Jurgens as Rachel Darwin, a pregnant woman who starts witnessing a sinister figure wearing a brimmed hat. As her hallucinations worsen, she seeks help and determines she is suffering from sleep paralysis. However, when her visions intensify and her husband claims he’s seen the figure too, the situation gets real very quickly. Rachel begins to struggle with everything as she slips between reality and insanity whilst battling to figure out the truth.

The Man in the Shadows will be screening at the Dances with Films Festival in Los Angeles. We will update you when the worldwide release dates are announced.