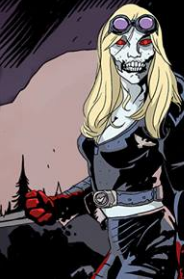 Alongside the announcement of the shark mania novels, they also released an animated teaser. Animator of the clip Wolf Matzl, also created the incredible children’s gore game opening sequence for ABC’s of Death 2.