A family come under siege from crazed cult members in ‘80s-set horror thriller Jackals, which was acquired out of Cannes by Shout! Factory, who will handle its North American release. Here is the very first image released, which comes courtesy of ScreenDaily. 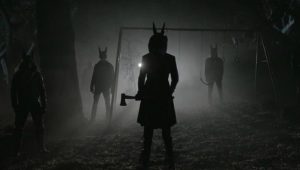 Directed by Saw VI/Saw 3D: The Final Chapter director Kevin Greutert, the film stars Stephen Dorff as a cult deprogrammer, hired by an estranged family to retrieve their teenage son from the clutches of a murderous cult. However, they soon find themselves under attack from the cult members, who surround their cabin, demanding the boy back. 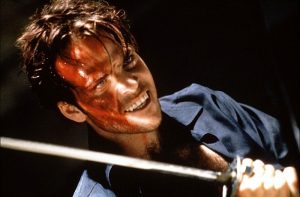 Previously known as Sacrilege, Jackals originally had another Saw alumnus at the helm, in the form of Darren Lynn Bousman, who directed Saw II-IV, as well as last year’s Abattoir. He even directed a market trailer for it back in 2013, before the project moved into the Greutert’s hands.