The good folk at Shout! Factory have acquired global rights to a new, as-yet untitled horror film from Her Dark Past director Kevin Shulman, with a cast that reunites The Devil’s Rejects stars Bill Moseley and William Forsythe. 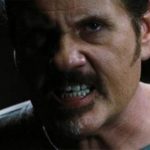 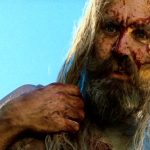 Synopsis:
Held captive by terrorists, celebrity reporter Sara Brown (Klebe) sits in a cell awaiting her filmed beheading. Sara’s captors wish to show the world the true face of terror but how can they, when even they have not seen it yet?

“Jeremy and Kevin brought us an utterly unique, edgy and terrifying script as well as an exciting cast,” says Shout!’s Vice President of Acquisitions and Film Development, Jordan Fields, in a press release put out this week. “We’re eager to help them realize their twisted vision and share it with soon-to-need-therapy fans worldwide.”

Kevin Shulman adds: “Visceral horror coupled with political commentary elevates the genre. In this day and age, there is nothing scarier than terrorism and the news.”

Principal photography on the film has commenced on location in and around Los Angeles.