Shooting Begins on Newly-Titled Remake of The Grudge

Over on the film’s official Facebook page it has been confirmed that the remake of The Grudge has begun shooting. The film is now titled simply Grudge and will, once again, centre on a vengeful ghost that haunts a house and torments those that enter it. 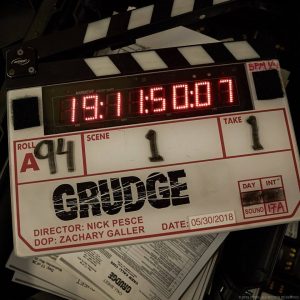 Based on the excellent Japanese original Ju-On and the 2004 American re-telling with Sarah Michelle Gellar, the film will be directed by The Eyes of My Mother’s Nicolas Pesce. The script has been written by Midnight Meat Train’s Jeff Buhler, who is also working on the remake of Pet Sematary and Nicholas McCarthy’s The Prodigy.