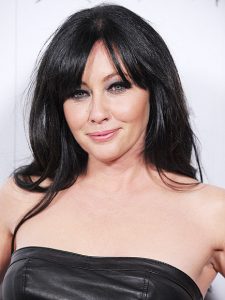 Shannen Doherty, one of the co-stars of the original horror-comedy Heathers, has been cast in the upcoming TV series of the show. Her role is unknown, but in the 1988 film she played Heather Duke, who is going to be played by Brendan Scannal in the role of Heath, a gender-queer new ‘Heather’.

Synopsis:
Reimagined as an anthology, Heathers will be set in the present day, as our heroine deals with a very different but equally vicious group of Heathers.

With the success of Stranger Things and other throwback TV series’ like Ash vs Evil Dead and Westworld, it seems that audiences and channels alike can’t get enough horror film nostalgia. Heathers should arrive in 2017.