The Shallows Writer Taking Us Back Into The Water

With shark thriller The Shallows only just released in the US and not due here in the UK until 12th August, its writer Anthony Jaswinski is already looking ahead to more maritime terror with his next project.

Tooley Productions has acquired Jaswinski’s latest script, a nautical supernatural thriller entitled Mary. In the script, “…a struggling family buys an old ship at auction with high hopes of starting a charter business, only to discover her horrifying secrets on the isolated open waters”, Deadline are reporting. 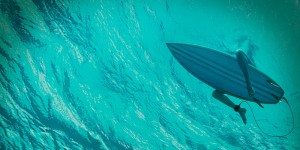 This amounts to all the details we have thus far on the project, but with The Shallows playing to a positive reception, further marine frights from Jaswinski are more than welcome. Perhaps we can expect something along the lines of 1980 chiller Death Ship, or Christopher Smith’s mind-bending Triangle. Either way, count me in.