Series Adap of Garth Ennis’ The Boys is Go at Amazon 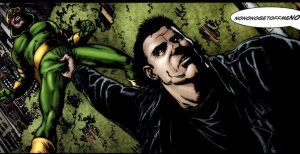 Having saved Preacher from years of development hell, Seth Rogen and Evan Goldberg quickly set their sights their next Garth Ennis adaptation, announcing early last year their intention to bring The Boys to the screen. While a series was set for development at Cinemax, it is now confirmed that Amazon has given the greenlight to an 8-episode series.

Ennis and Darick Robertson’s satirical, ultraviolent comic ran for 72 issues from 2008-2012, published initially by Wildstorm and then by Dynamite Entertainment. Mixing riotous comedy with bleak cynicism and all-out obscenity, it is set in a time when superheroes have become a reckless liability, abusing the freedom afforded by their celebrity. A CIA squad of thugs and blue-collar criminals, nicknamed The Boys, are put together to keep them in line and eliminate them when necessary. If you’ve never read it, do yourself a favour and sort that out ASAP. 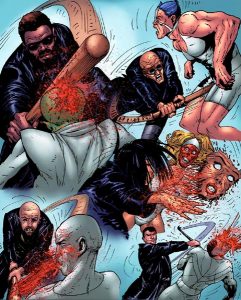 As with Preacher, an adaptation of Ennis’ The Boys has been struggling to get off the starting blocks for a long time, with both Columbia and Paramount having expressed interest over the last few years. Rogen and Goldberg are developing the series with Supernatural creator Eric Kripke, who is also writing based on Ennis’ graphic novel. Rogen and Goldberg are also set to direct.

The project hails from Sony Pictures TV Studios, which will co-produce with Amazon, and Neal H. Moritz’s studio-based Original Films.