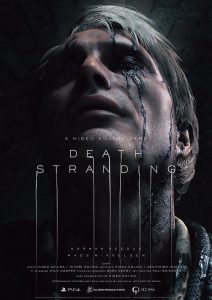 Hideo Kojima revealed an all-new trailer for his upcoming game Death Stranding at Comic-Con this year. It focused on the character of Heartman, portrayed by Danish filmmaker Nicolas Winding Refn (the man behind the likes of Drive, The Neon Demon, and the Pusher trilogy). But if you couldn’t make it to San Diego this year, don’t fret—Sony has officially released the trailer for us all to enjoy and scratch our heads at.

In a game that seems to be filled to the brim with strange characters and concepts (it is a Kojima game, we’d be worried if it wasn’t), Heartman fits right in. Every 21 minutes, his heart stops and he dies for three minutes—time he uses to hunt for his family on the other side.

Death Stranding will be released exclusively on Playstation 4 on November 8th. Get excited with the new trailer: