Best known as Tina in A Nightmare on Elm Street, Amanda Wyss has made a successful return to the horror genre recently, appearing in films such as The Id, The Hatred and alongside Tobin Bell in last year’s The Sandman. Next up for her is horror-comedy The Triggered, which was written, produced and directed by Chris Moore (Blessed Are the Children). You can get your first look at the film with these brand new stills. 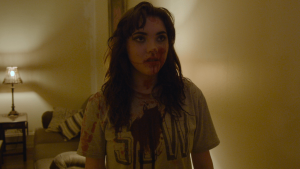 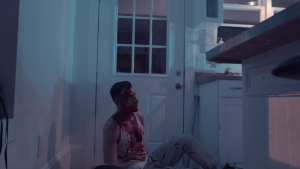 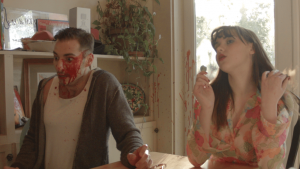 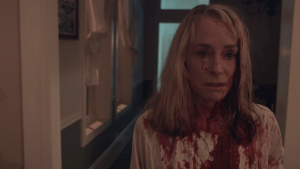 Synopsis:
The film follows a teenage social justice warrior who fakes an attack by a town serial killer and pays the price when the real killer comes after her.

Wyss plays Gloria Fielding, the school’s principal, who had a run-in with the serial killer back in the 1980s. The film also stars Meredith Mohler and Jesse Dalton, as well as Arian Thigpen and Keni Bounds, both of whom appeared in Moore’s Blessed Are the Children.

The film is currently in post-production.