Charles Manson and his ‘family’ committed among most notorious crimes of the 20th century, leaving a legacy of sorts that continues to fascinate and horrify, particularly in the wake of Manson’s death this month. Committing nine murders over a five-week period in the summer of 1969, Manson and his disciples also inspired any number of horror films, from hippie exploitation flicks taking the idea of the ‘family’ (I Drink Your Blood, The Texas Chain Saw Massacre), to films rooted the facts of the case (Helter Skelter, Wolves at the Door). One take on the tale that never made it to the screen however, was Manson Girls, which began development in 2011 with Susanna Lo set to direct. And the actor picked to portray Manson? None other than Bill fuckin’ Moseley!

Intended to sell the film ahead of production, this three-minute ‘sizzle reel’ was produced, and appeared online in 2012. It shows Moseley as Manson at the beginning and end, with plenty of lazy cavorting and gun-waggling in between. Playing out to Moseley singing The Doors’ Five to One, it’s three minutes of hippie, trippy goodness, and the film’s abandonment is our loss.

Manson Girls was to “…chronicle how eight young women in Charles Manson’s brood came from diverse and even privileged backgrounds to become the most notorious female serial killers of the decade’s Love Generation.” The plan was to “follow the girls’ pre-Manson teen years through their indoctrination into the Family and up to the bloody summer of 1969 when their violent “Helter Skelter” campaign that rocked Los Angeles and the counterculture community.”

Other actors attached to the project were The Runaways’ Stella Maeve, Orange is the New Black’s Taryn Manning and Eric Balfour, who co-starred in 2003’s The Texas Chainsaw Massacre.

Moseley of course has ties to Manson as a character, having starred in both House of 1000 Corpses and The Devil’s Rejects, for which Rob Zombie took much inspiration from the Manson case. In Rejects, Otis even utters a famous (mis)quote by Manson follower Charles ‘Tex’ Watson, announcing: “I’m the devil, and I’m here to do the devil’s work.” 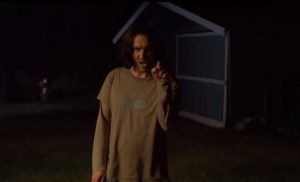 After initially stalling, Manson Girls was picked up by a new company in 2014, with a view to shooting in 2015. Alas, it wasn’t to be, although in the wake of Manson’s death, it wouldn’t be too far from the realm of possibility to think the project might again spark some interest.