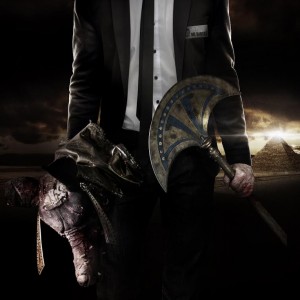 U.S. production company Gundo Entertainment is readying a remake of the horror-classic Blood Feast, originally considered the first ever splatter film which established the gore genre through its explicit on-screen murder scenes. Whilst based on the source material, the revamp, to be directed by Marcel Walz (Seed 2), will boast cutting edge special effects coordinated by makeup effects wizard Ryan Nicholson (Final Destination, Riddick).

Commenting on the film Walz stated, “This project makes one of my longest dreams come true. To realize the remake of the cult movie Blood Feast feels like winning the lottery to me. The fact that the production studio gives me all their trust is an honor. I have very much respect for the realization of this movie and will try everything to make the remake live up to people ́s expectations – to make it as bloody and brutal as they hope for.”

Set to star Robert Rusler (A Nightmare on Elm Street Part 2: Freddy’s Revenge, Tales of Halloween) and Caroline Williams (Rob Zombie’s Halloween II) principle photography is scheduled for September 1 and in order to produce a bigger, bolder and bloodier movie, a crowdfunding campaign will be launched on Indiegogo this very week. This crowdfunding event will give every fan of the original and the gore genre a chance to be a part of the action and help write a new chapter in film history.

A trailer will be available any moment but for now we’ll leave you with the synopsis and social links to keep up to date with the film’s progress.

Synopsis:
Fuad Ramses and his family have moved from the United States to France, where they run an American diner. Since business is not going too well, Fuad also works night shifts in a museum of ancient Egyptian culture. During these long, lonely nights he is repeatedly drawn to a statue representing the seductive ancient goddess ISHTAR. He becomes more and more allured by the goddess as she speaks to him in visions. Eventually he succumbs to her deadly charms. After this pivotal night, Fuad begins a new life, in which murder and cannibalism become his daily bread. He starts to prepare a ritual FEAST to honor his new mistress, a lavish affair dripping with BLOOD, organs, and intestines of human victims. As butchered bodies are heaped upon the Altar of Ishtar, Fuad slowly slips further into madness, until he is no more than the goddess’s puppet; and she thirsts for the blood of Fuad’s wife and daughter too…

For further information, you can follow Blood Feast on social media: