With the release of 31 looming, Saban Films has put out a second trailer for the film, which slayed audiences at London’s Frightfest on Sunday. While it won’t tell you anything you don’t already know about Rob Zombie’s latest, it is packed with carnival-based carnage.

31 had its world premiere all the way back in January at Sundance. Frightfest hosted the UK premiere, and US audiences will be able to sample its delights at home when it hits VOD platforms on September 16th, ahead of a limited big screen run beginning October 21st. No wider UK release has been announced, although it seems unlikely it will see much of a cinema run, more likely appearing on DVD sometime in the new year. 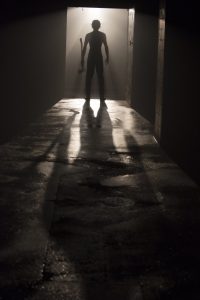 Synopsis:
From the visionary mind of the man who brought us House of 1000 Corpses, The Devil’s Rejects, and Halloween, comes the horrific story of five carnival workers who are kidnapped the night before Halloween and held hostage in a large compound. At the mercy of their captors, they are forced to play a twisted game of life or death called 31. For the next 12 hours they must fight for their lives against an endless parade of homicidal maniacs.