A crime thriller with bursts of super-dark comedy and gorehound-pleasing splatter, Ryan Prows’ Lowlife will soon be greeting audiences at July’s Fantasia Film Festival and August’s Horror Channel Frightfest. Before then, get acquainted with this brief but brutal (and hilarious) trailer.

“A ferocious feature debut by Ryan Prows, Lowlife is one of the most gobsmacking crime film discoveries that we’ve come across in years,” reads the write-up on Fantasia’s site. “Beg, cheat, or steal to be at our World Premiere and witness the birth of an unforgettable instant classic.”

Here’s the quite brilliant synopsis as per the Frightfest website:
“When a simple organ-harvesting caper goes awry, a twist of fate unites three of society’s forgotten and ignored: El Monstruo, a disgraced Mexican Wrestler working as hired muscle for the local crime boss; Crystal, a recovering addict desperate enough to arrange a black market kidney transplant to save her husband’s life; and Randy, a two-strike convict fresh out of prison, cursed with a full-face swastika tattoo and a best friend forcing him into a hare-brained kidnapping scheme. As their sordid, small-time lives collide, they must fight tooth and nail to save a pregnant woman from certain and gruesome death.” 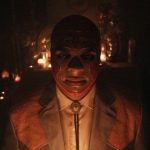 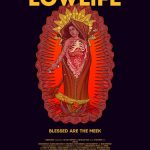 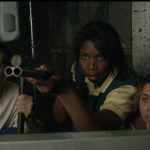