Scream, Queen! My Nightmare on Elm Street Gets a Kickstarter Campaign 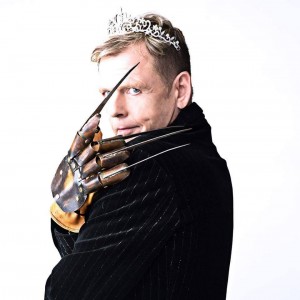 Actor Mark Patton (A Nightmare on Elm Street 2) is the star of the upcoming documentary Scream, Queen! which looks to delve in to the world of the horror sequel in a way like never before. The Kickstarter campaign was launched on September 12th and is looking to raise $49,000 by 21st October and you can help it do just that.

The film plans to explore the homoerotic subtext of ANOES 2 by following Mark Patton and getting intimate accounts of the effect the film had on him in the 1980s. In addition to Patton, the documentary will include interviews with celebrities and film historians, and of course Freddy Krueger’s Robert Englund. They will offer commentary on the state of Hollywood in the 1980s and offer explanations for the overwhelming reaction the film received, particularly when Village Voice commented on the film’s underlying, yet frankly quite obvious, homosexual undertones.

It would be interesting to think about what the film’s release would have been like if it were today; whether it would receive the same negative – and positive – response from audiences and critics. Scream, Queen! wants to explore this idea and I think it sounds fascinating. If you want to donate to the film’s Kickstarter Campaign then you can click here. There are plenty of goodies including posters and t-shirts to Skype calls with Mark Patton and a co-producer credit on the film itself – amazing!