James Wan and Leigh Whannell burst in to the horror scene in 2004 with their torture shocker SAW which made over one million pounds at the UK box office on it’s opening weekend. Since then the Saw franchise went on to spawn seven sequels. However, since departing the gore-packed franchise Wan and Whannell recognised the need for change and Insidious was born. A modern horror film that relied on its storytelling and characters to deliver its scares, Insidious was a resounding success at the UK box office matching the performance of Saw.

Serving as a reverence to old school horror, part of the charm that Insidious has  is that it is aesthetically different to Saw. The franchise does not use an abundance of special effects. There’s no excessive use of fowl language, no overly gross effects and no unnecessary displays of violence or torture. Instead, Insidious takes audiences on a very intense cinematic experience which isn’t too afraid to throw in more than a few terrifyingly effective cattle-prod scares along the way.

Interestingly, despite the news that Insidious 3 was given the green light fans around the globe were shocked to discover that director James Wan had decided to step away form the horror genre to direct Fast and Furious 7. So what did this mean for the franchise? Well fans need not to worry as Leigh Whannell himself would step into the directorial seat this time round. Knowing how invested Whannell was in the Insidious franchise SCREAM had no concerns about his talent.

Fast forward almost a year later and INSIDIOUS CHAPTER 3 is scheduled for release in cinemas across the UK on 5th June so when the opportunity came for us to chat with Leigh Whannell himself about the film and his involvement we jumped at the chance.

INSIDIOUS CHAPTER 3 stars is the terrifying prequel set before the haunting of the Lambert family that reveals how gifted psychic Elise Rainier (Lin Shaye) reluctantly agrees to use her ability to contact the dead in order to help a teenage girl who has been targeted by a dangerous supernatural entity. The film also stars The film also stars Dermot Mulroney, Stefanie Scott and Angus Sampson. 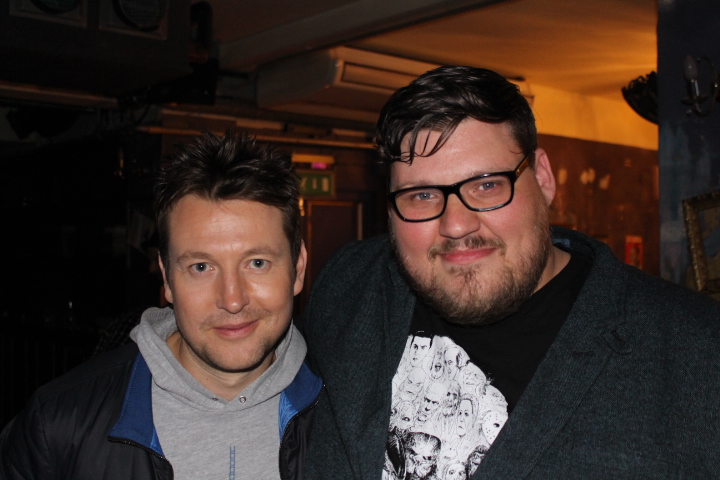