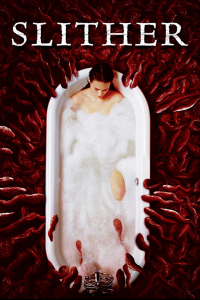 Guardians of the Galaxy-director James Gunn is gearing up for the acclaimed sequel to the hit Marvel comedy-actioner, but Scream Factory is reminiscing about his horror days. The company plans to release a Blu-ray collector’s edition of Slither; Gunn’s tongue-in-cheek, gruesome horror-comedy that was originally released back in 2006, before Gunn’s excellent remake of Dawn of the Dead and his time with Marvel.

Slither is a pretty great creature feature that put Gunn on the map as an exciting film-maker and he  has certainly lived up to it. Even though he’s not basking in slimy monsters any more, he is still a director that brings solid surprises to cinema.

Hopefully we will get some brand new special features with the release, but there’s no word on what they will be just yet. Keep your eyes peeled for more details!