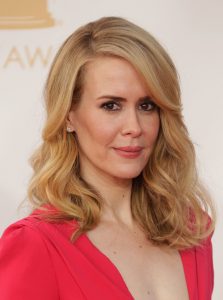 American Horror Story’s Sarah Paulson has been cast as the leading lady in a serial killer thriller titled Lost Girls. The actress is having a stellar run of performances and recently received a Golden Globe nomination for her role as Marcia in The People v OJ Simpson: American Crime Story.

Lost Girls is based on the Robert Kolker’s 2013 factual novel of the same name and is to be adapted by Michael Werwie. Liz Garbus (What Happened, Miss Simone?) is in the directors’ chair with Gangster Squad’s Kevin McCormick and Rory Koslow as producers.