Sam Raimi to Produce Feature Adaptation of The Shrine 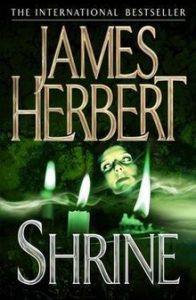 Sam Raimi will produce a feature adaptation of James Herbert’s Shrine, which was published back in 1983. Anyone disappointed that this isn’t news of a Rats remake?

The Shrine follows a deaf-mute child who is cured when she is found near an oak tree behind a church. Her cure leads to mass hysteria in the town, further escalated when she cures others and claims to see the Virgin Mary.

Evan Spiliotopoulos will make his directing debut at the helm of The Shrine. He is a writer known for 2014’s Hercules, The Huntsman: Winter’s War and the upcoming sequel Bright 2. It looks as though he’s trying to steer away from family entertainment and venture into darker territory. We won’t complain about that.