Sam Raimi to Direct Adaptation of The Kingkiller Chronicle 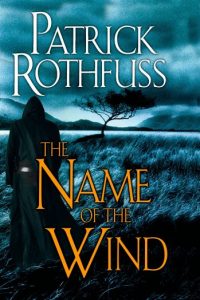 Fans of Sam Raimi will be glad to learn that he will be directing his first film since 2013’s Oz the Great and the Powerful; which wasn’t anything to be excited about. Now, Raimi has signed on to direct an adaptation of The Kingkiller Chronicle, a series of fantasy novels written by Patrick Rothfuss.

The novels follow Kvothe, an adventurer-musician and spans two time periods with the past and present. There are currently two novels in the series – The Name of the Wind and The Wise Man’s Fear – with the third novel perhaps arriving in 2019.

It was previously announced that a TV series based on the novels was in development, but it is not clear how that series and this upcoming film will co-exist. Details are sparse, but the news that such an exciting director is at the helm of the film is surely something to celebrate.