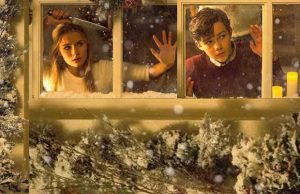 Originally billed as ‘Home Alone meets Scream’, Chris Peckover’s yuletide home invasion twist Safe Neighborhood has been teased for over a year now with various stills and snippets of news. The festive fright flick is finally on its way however, having been acquired by Well Go USA, who will handle all North American rights. They’ve even set a release date, with the film due to hit the big screen on October 6th, alongside a Digital HD release. Ahead of then however, the film has undergone a change of title, and will appear in cinemas as Better Watch Out.

Producer Brion Hambel said last year: “With this stellar group of actors and Chris and Zack’s thrilling script, this promises to be a crazy night for our cast of characters and a crazier ride for the audience.”