Ryan Reynolds in Talks to Star in Daniel Espinosa’s ‘Life’ 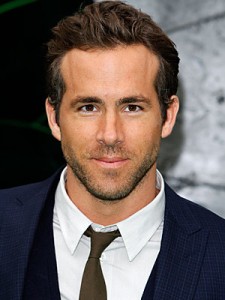 Hot off the heels of the sizzlingly successful Deadpool, Ryan Reynolds is in talks to star in Life; a sci-fi flick from director Daniel Espinosa. If the talks cement Reynolds with a role, it will see him reuniting with the director after starring in his action film Safe House in 2012.

Life already stars Rebecca Ferguson (Hercules, MI – Rogue Nation) and will focus on a mission to Mars that leads to the discovery of life… Intelligent life! Cue, aliens. Or something along those lines.

Very little is known about the film so far, but it will be no surprise if Reynolds joins. The writing team behind Deadpool are set to work on Life and considering Deadpool has already grossed a phenomenal$282 million globally within a week, the union of the star and his writing team would be unsurprising.

Keep your eyes peeled for more about Life.